Description :
As the 2016 European Championship is about to kick off, Nike looks to use its Nikelab to work with digital artists and creatives from around the world to reshape a new perspective on the field of play, from team jerseys to artistic creations. Nike is committed to innovating products and combining physical space with digital experiences and has collaborated with Zhang Zhoujie Digital Lab for this purpose. The Zhang Zhoujie Digital Lab was invited by Nikelab X 158 (Shanghai) to focus on innovating the &ldquo;goal&rdquo;, using digital language to create a new type of football net. 6.2 - 6.22, the futuristic goal net will be on display at Nikelab x 158, testing the possibilities of what football is as a global sport with our Digital Lab.

When the Football Association officially approved the goal nets in 1891, the standard of refereeing in football took a huge step forward. In this respect, the "goal" can be said to be a product of wisdom born of the need in human civilization to win or lose. It&rsquo;s an invention, but this &ldquo;invention&rdquo; is different from others, limited by its unique function; it is rarely given to redesigns (except for the design of some portable goals).

Perhaps we can be bold and change the notion of the &ldquo;goal&rdquo;. In this collaboration with Nikelab 158, Zhang Zhoujie takes the goal net as a construction &ndash; using the standard five-a-side goal as the example, he allows the computer and algorithm to produce different forms of the goal freely. After several morphological adjustments, the final goal is the result of a series of computer calculations, much like a visual digital variant on a traditional goal.

The structure of the goal is in a regular radial symmetry form, the interconnected triangular mesh is like the extension of a traditional goal net, and the two posts curve smoothly and naturally, in a streamlined refinement of the posts on a traditional goal. The structure itself is no different from the practice of using digital technology in architecture. Such contemporary architecture that is derived from digital technology is undoubtedly a footnote of the urban landscape of this era. To a certain extent, this goal net is a representative symbol of modern architecture. Zhang Zhoujie's attempt to use characteristics of digital architecture to construct the "goal" also turns the structural characteristics of radiation and symmetry to the essence of digital design: how computers mathematically create a complex structure that satisfies a fundamental stability. As Zhang Zhoujie himself says, "this project has also allowed me to accumulate logical thinking in the exploration of 'forms' and add experience in manufacturing from virtual to realistic." It also opens up more opportunities for his digital design products. Returning to the game of foottball itself, Zhang Zhoujie also hopes that this work can inspire thinking around the design of the football stadium too. From the small things such as the height of the grass, the design of the goal, to the shape of the stands, there are possibilities for re-designs and changes everywhere. This is an exploration of the potential for changes to design of the goals and a vision of the future experience for the sport itself.

From vases to footballs to fighter jets &ndash; all these physical objects can be completely &ldquo;imitated&rdquo; in a virtual three-dimensional system &ndash; but Zhang Zhoujie acts in contravention to reverse this notion. For Zhang Zhoujie, the computer becomes the starting point of things; the computer freely creates everything in a "grid", and then Zhang Zhoujie brings these virtual "objects", through manufacturing, into reality. Whether for sports, or for household products, Zhang Zhoujie&rsquo;s practice leads to multiple directions for digital design. He constantly shows the possibilities of the future. In this project, he starts from a goal to imagine the future of the sport. 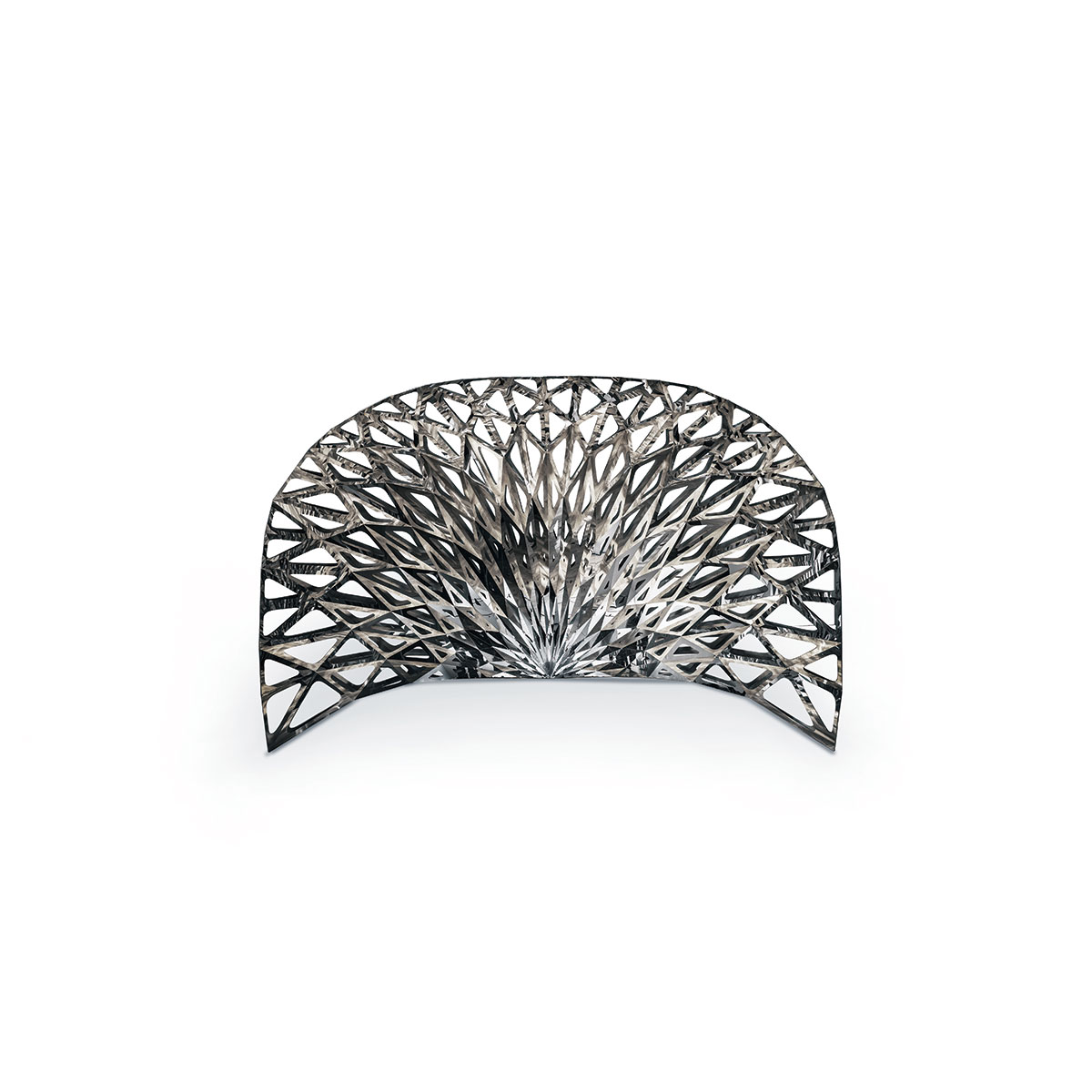 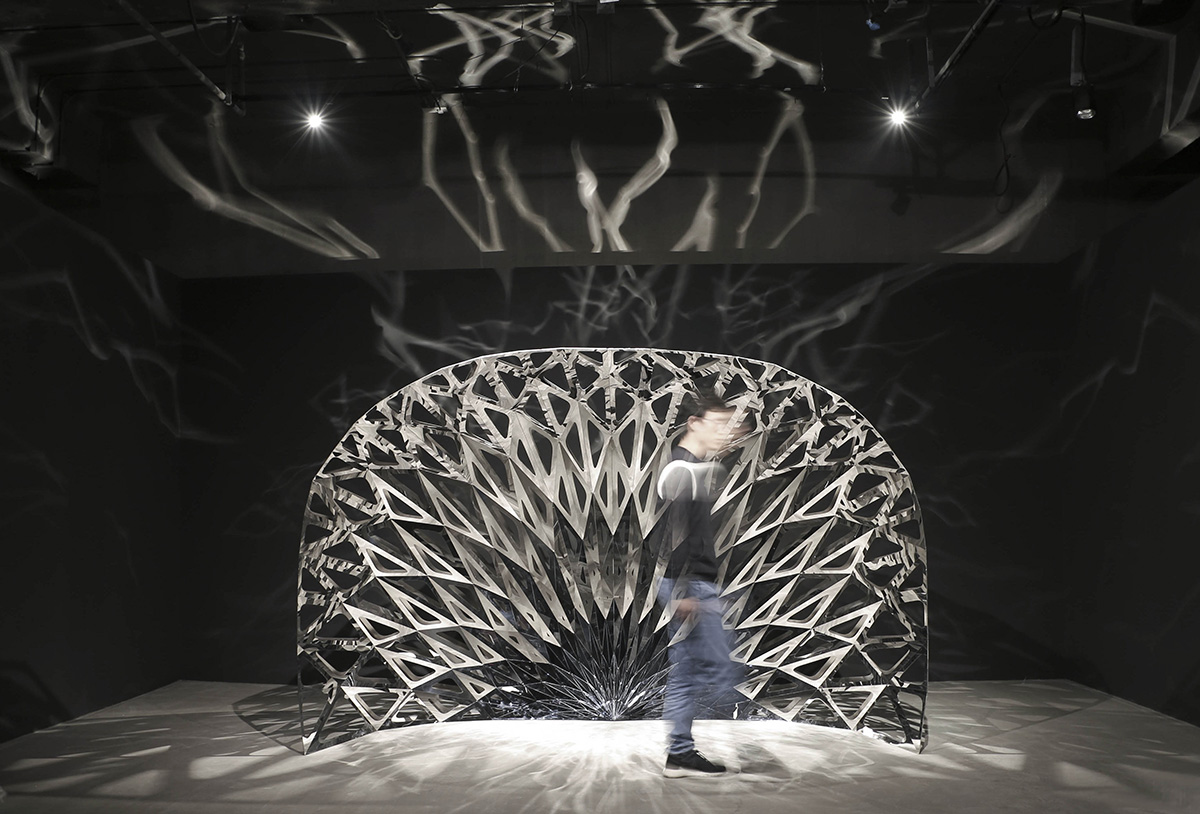 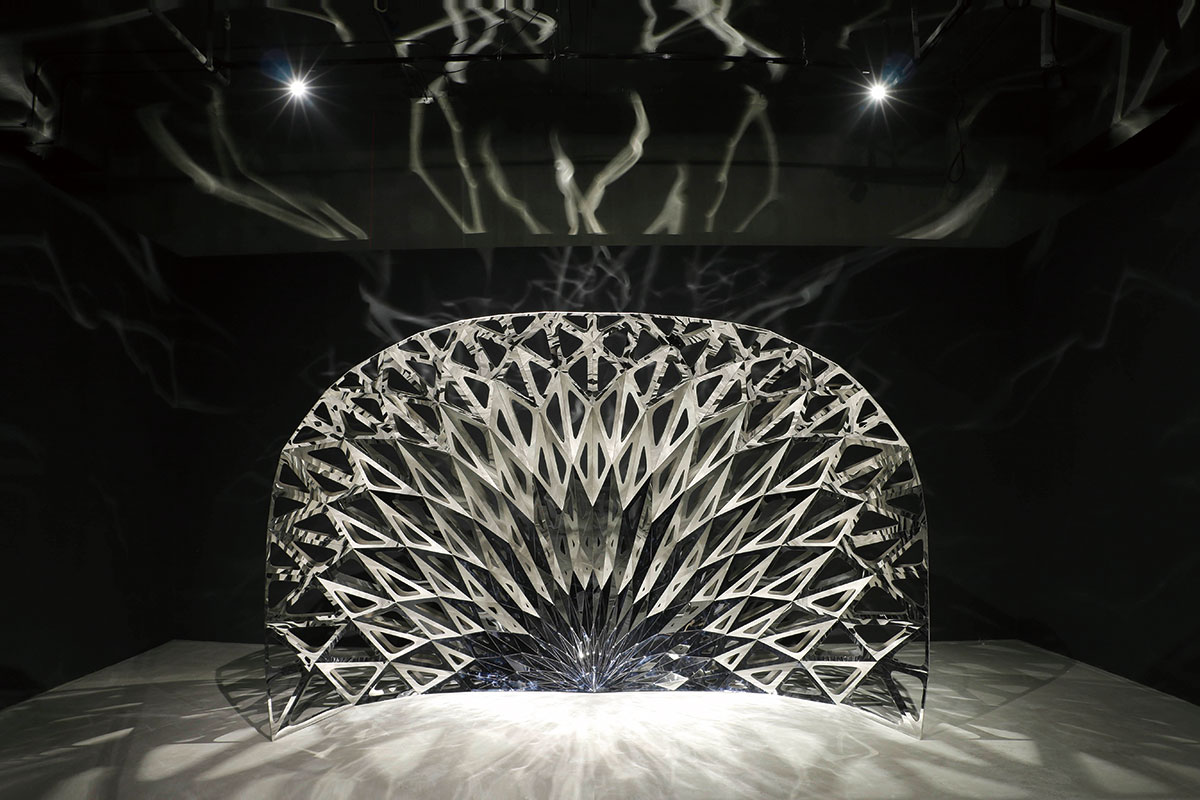 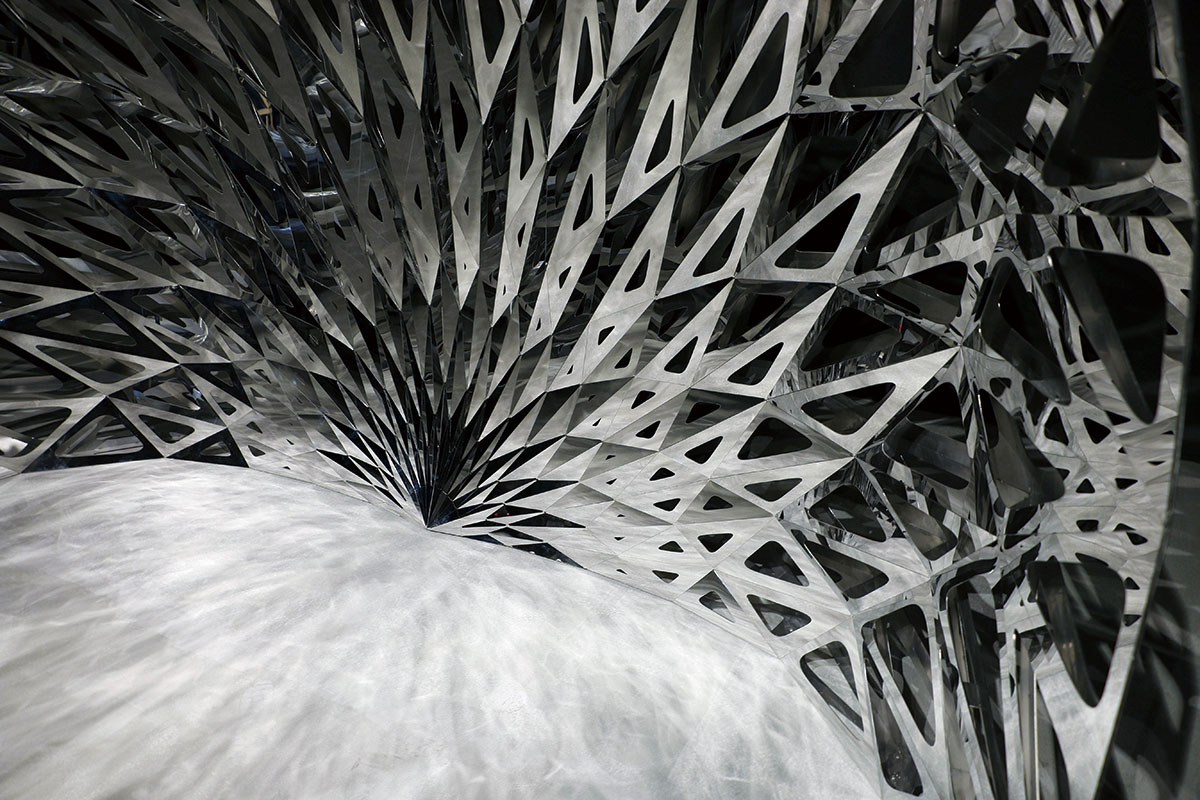 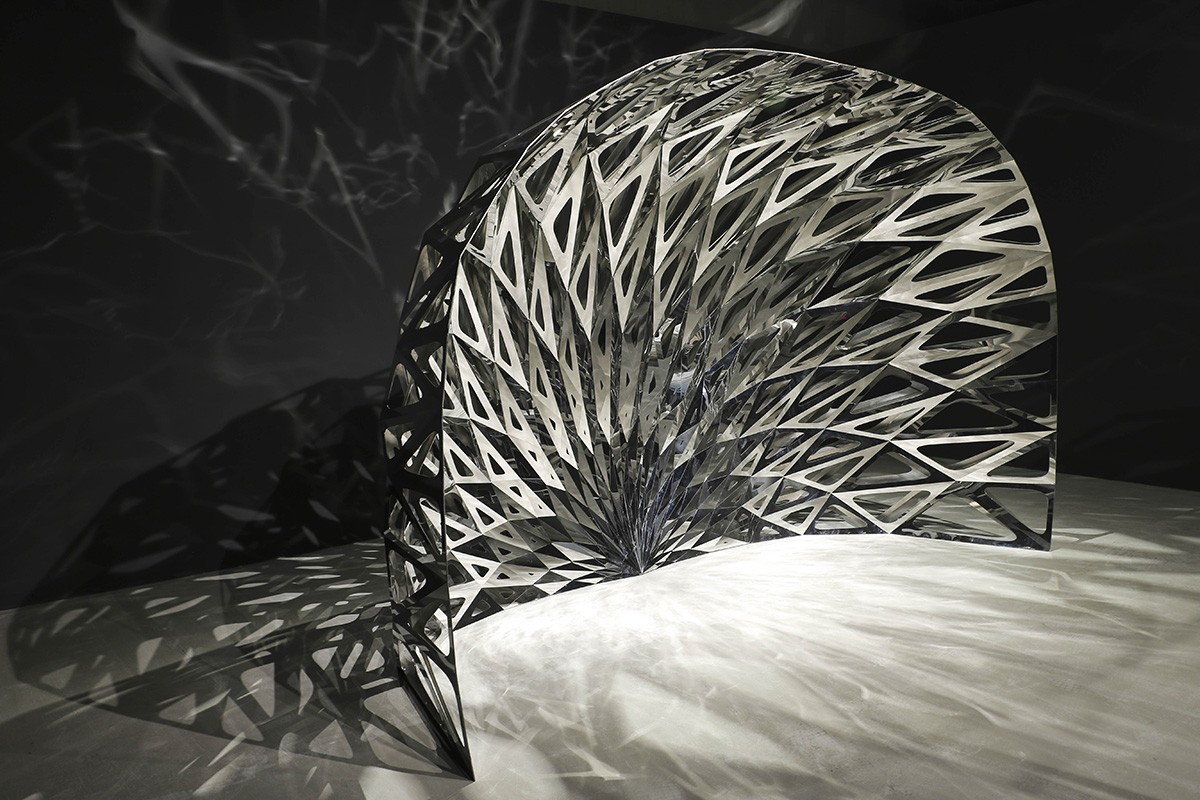 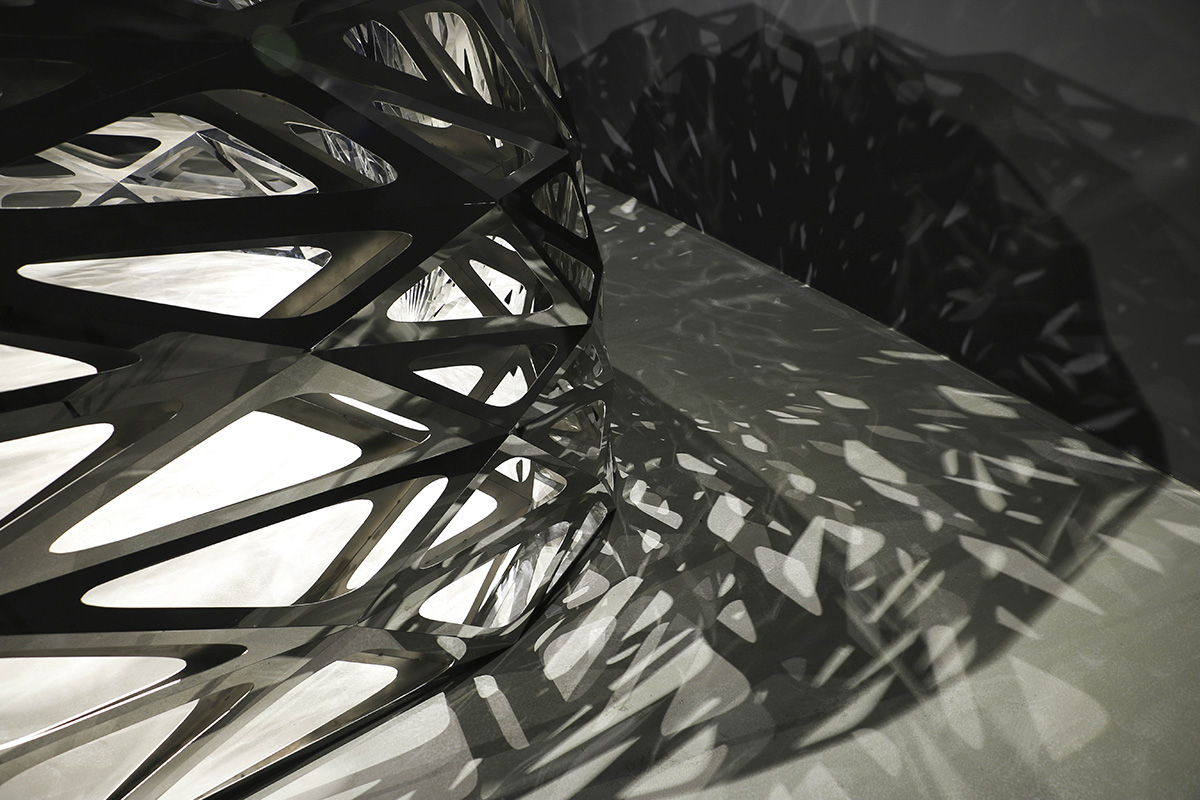