Description:
The world begins from a point, which can be a particle, an atom, or the smallest form of a geometric figure. The artist Zhang Zhoujie has long been immersed in digital creation and exploring the relationship between point and line, between points in circles, squares and even space is one of the major ways he pursues the nature of the relationship between things. The work 'Status PIR' is an exploration of the relationship between point and line, where a point moves freely between line and line, changing the direction and bending form of the line, which appears to be simple and unrelated, but has an inseparable connection, indicating the possibility and continuity of the development of things. The points are like a drop in the ocean, but they create an unpredictable change like the butterfly effect. 'Status PIR' is the result of a rich variation in the interaction between point and line, which is translated into the real world by a single block of aluminium that has been finely milled. The difficult turning and milling process is also like a ritual, etching the pieces of the intelligent world in a rather sacred way. A disorder and randomness are frozen into stasis, leaving the viewer free to contemplate cause and effect, imagining the mystery of how things develop and change. 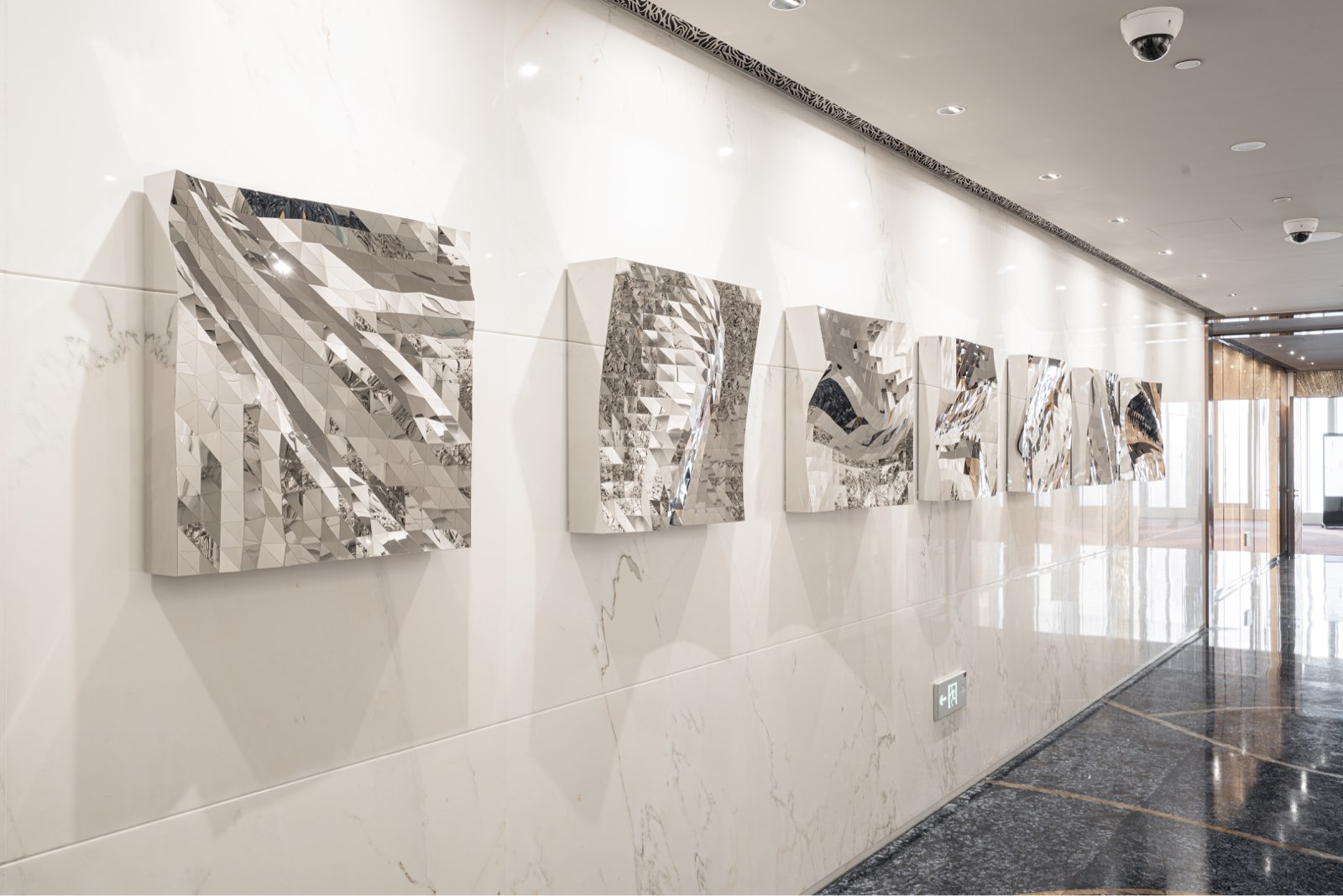