Description :
It has been said that digital art is characterized by its coldness, its fragmentation of culture, and lack of human spirit. In fact, what is "cold" is the "digital" language constructed as logic, not the work.

In the early spring of 2017, Zhang Zhoujie demonstrated with his solo exhibition "Mesh State" how digital parameters can be a language structure, showing how to reconstruct the boundary between virtual and reality through rehearsal and generation. The "universe" constructed by a computer and the basic elements of dots, lines, and surfaces breaks the subjective misunderstanding of the so-called "mirror" and "simulation", illustrates that "generation" is the real state of development, and it shows a perfect contrast to the "nature" of the real world.

As a result, a group of sculptures of "water ripples" generated by computer parameterization made visible flowing water, showing the "unpredictability" and "consistency" of digital generation and natural development. Two years later, on the basis of Mesh2016 and Mesh2017, Zhang Zhoujie Digital Lab made a further development; it created a three-dimensional solid sculpture &ldquo;Digital Flow&rdquo; - a 5-meter-long, three-dimensional work with 1,280 triangular mirrors, double-layer structure, presenting a complete state of "flowing water&rdquo; perfectly.

The sculpture is solidified in the air, no flow, no trend, no relaxation, as if time and space is locked up. Light hits the "water surface" refracting the waves, sparkling, coruscating; it&rsquo;s hard to tell if it is real or illusory, there is no line to show if it&rsquo;s a computer-generated sculpture or real water flowing.

Digital Ring is a rendering of another state of Mesh 2017. 800 triangular patches are hollowed out, which outlines an irregular "circle" with no physical reference, and no intention to present the form. It &ldquo;intimates&rdquo; nature and expresses the "natural" in the most intuitive and the most direct way - no definition, no default, no purpose, all autonomously generated by digital parameters itself &ndash; it echoes a rock created by nature over many years. One is the creation from a computer; one is a work of nature. Both of them have nothing to do with human beings, but they exist in the world of human beings, and have a profound impression on human beings.

Who can say that this isn&rsquo;t a relationship between computers, nature, and people? 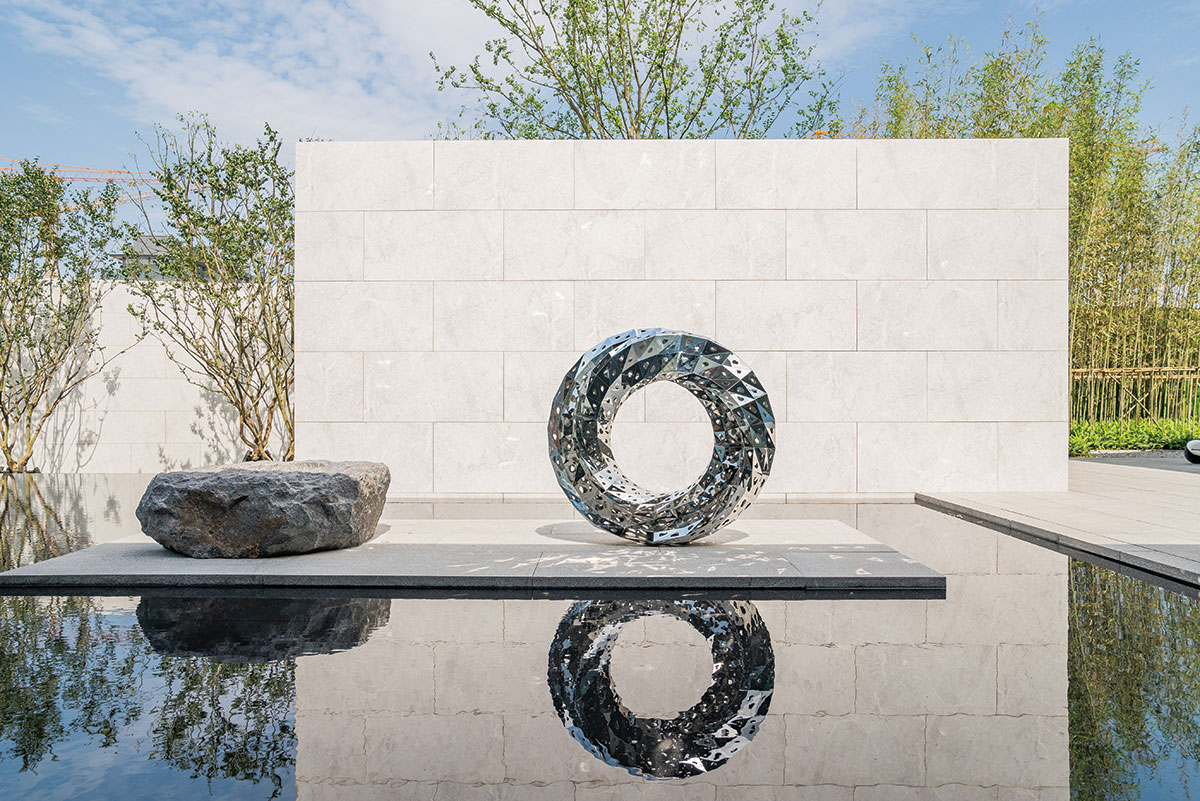 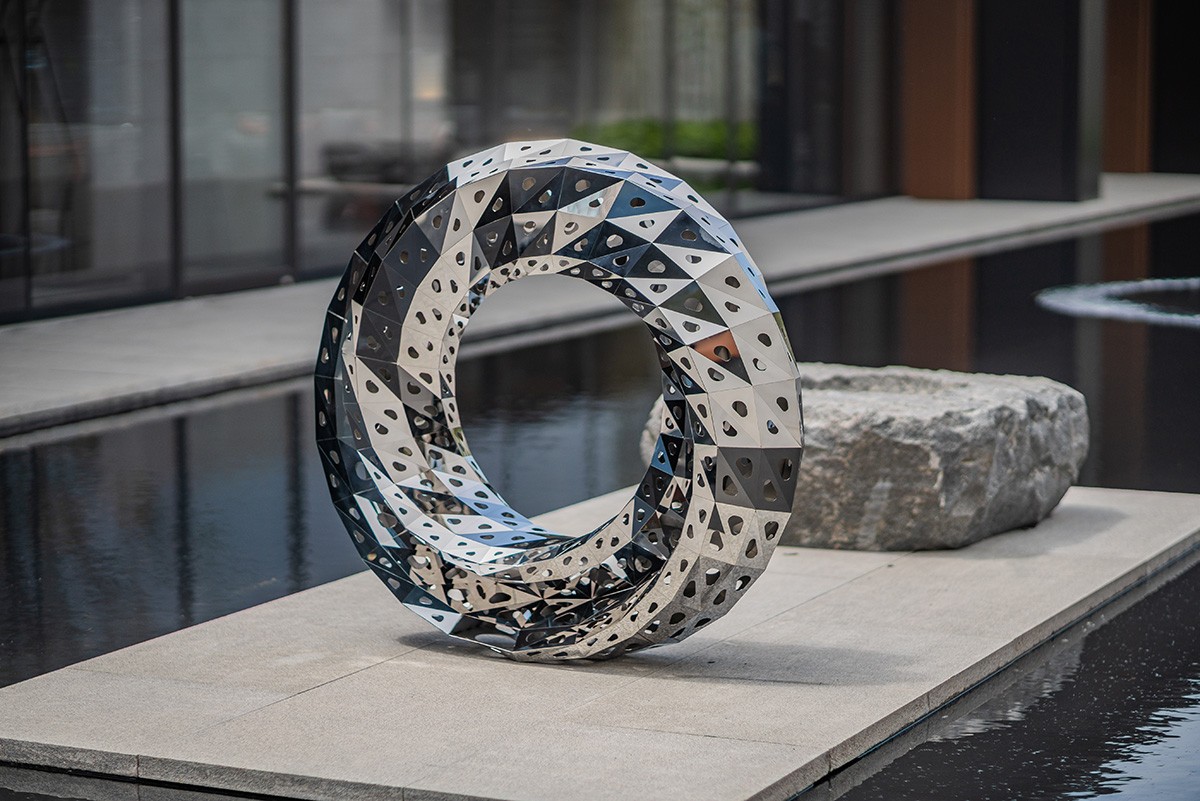 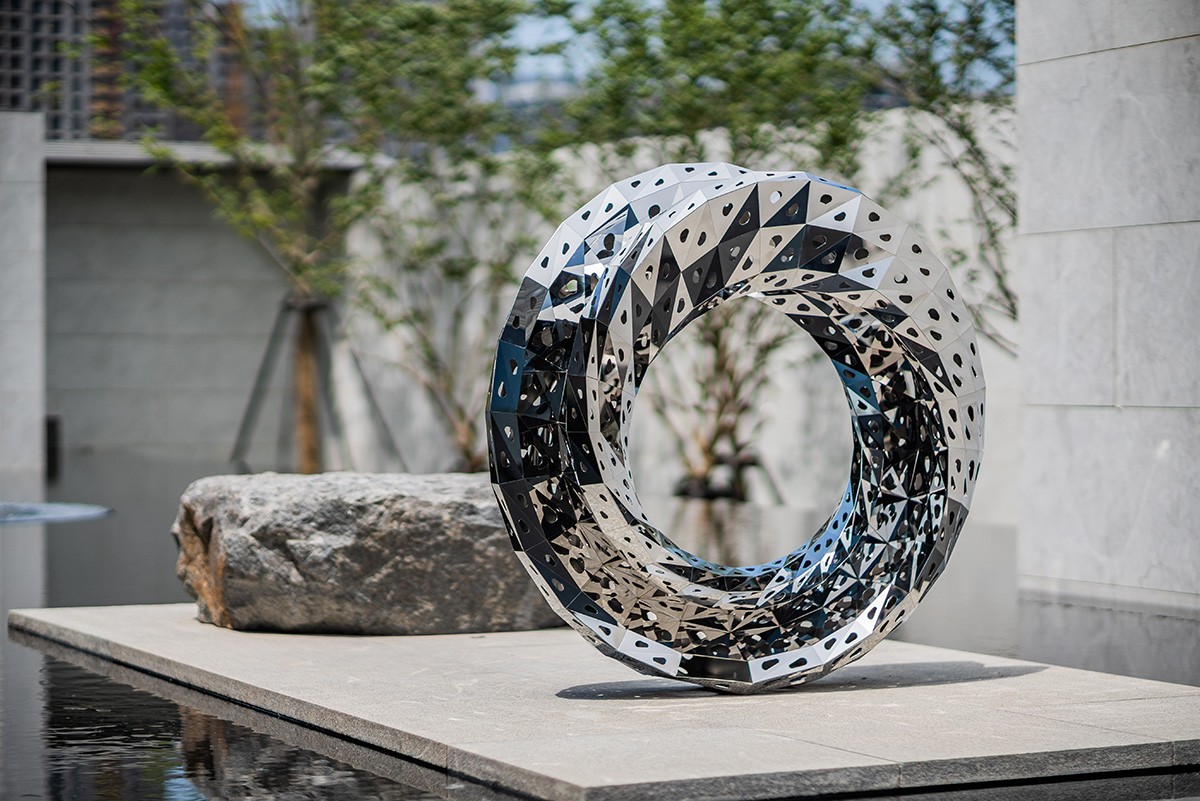 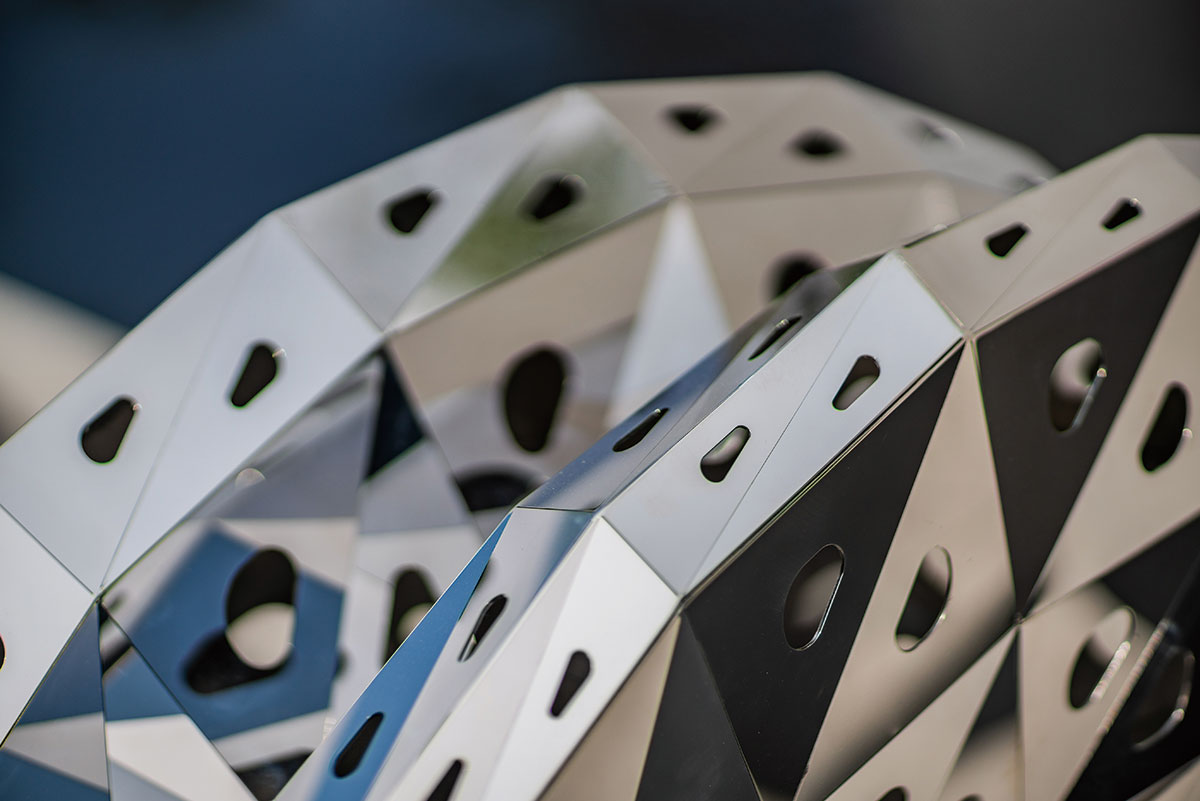